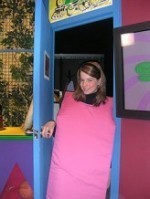 Spellz is a magic series featuring famed magician Jay Sankey. Produced by GAPC Entertainment, the series is broadcast on TVO Kids. Bridget Hall plays "Bridget, the Amazing Kid Assistant", the only other recurring person on the series, beside Sankey.[1] Kid segments for a second season of the program were in production during March 2007,[2] however the scenes with Sankey and Hall were filmed in May; there are 26 episodes in Season 1, airing since September 2006, and there are 26 episodes in Season 2, which began September 2007.[3] Both are available on DVD. In 2007 Spellz won the Certificate for Creative Excellence in Communications at the U.S. International Film and Video Festival[4] and the Remi award at the The Houston International Film Festival in 2008[4].